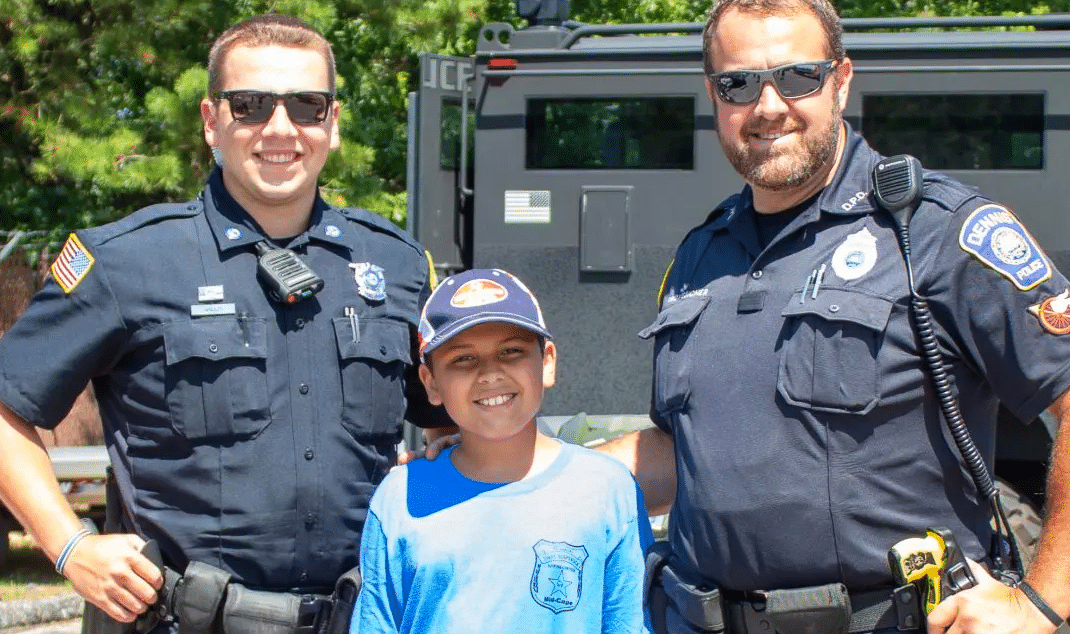 Following the tragic passing of Sean M. Gannon in April of 2018, members of the local Cape Cod community came together in support of his family and the Yarmouth Police Department in the unexpected loss of their loved one. The Sean M. Gannon Memorial Fund of The Cape Cod Foundation was created in his honor, to continue his legacy in educating local first responders. Together with The Cape Cod Foundation, Mid-Cape hand selects current training-related initiatives to directly fund and support our local first responders. All funds donated will therefore be in direct support of the selfless who serve this community every single day, men and women like Sean Gannon.

After his tragic passing, as members of the local community were mourning the loss of Sergeant Gannon, Mid-Cape decided to host an annual family fun event in his memory from which 100% of proceeds would go to the Sean M. Gannon Memorial Fund of The Cape Cod Foundation. The Mid-Cape Team planned and partnered with local businesses for food, giveaways, and entertainment. The 1st Annual First Responder Appreciation Day turned out to be a great success! Over $3,000 was raised by the event itself and Mid-Cape matched that number. All proceeds and donations went to the Sean M. Gannon Memorial Fund.

On Saturday, July 27th, Mid-Cape team members, volunteers, and local families gathered together to once again remember Sean and honor local first responders. What a success it was! State Representative Tim Whelan joined the crowd and gave a powerful speech, emphasizing the sacrifices first responders must go through each and every day. He pointed out that following the destructive tornado that had recently ripped through many parts of Cape Cod, first responders immediately jumped into action to help people in need and clean up in the aftermath. Whelan proudly proclaimed his belief that the Cape Cod community is blessed with some of the greatest first responders out there, and Mid-Cape couldn’t agree more.

In the end, just from event proceeds, donations and sponsorships, over $7,837 was raised for the Sean M. Gannon Memorial Fund. Thank you to all who came to support and to those who sponsored this event, making it a great success! Mid-Cape hopes you will join us next year.