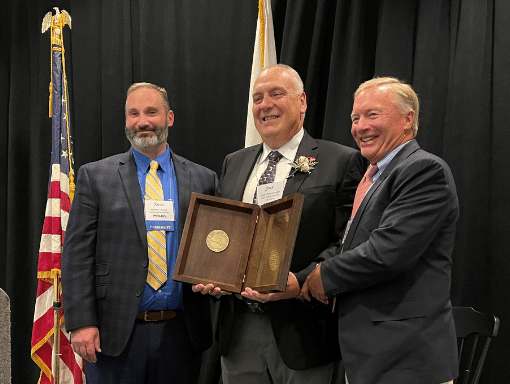 Stevenson is being recognized for his significant contributions to the lumber and building materials industry as well as to his local community. The award was presented at MRLDA’s (Massachusetts Retail Lumber Dealers Association) Annual Meeting in Plymouth, MA on Oct. 29th.

As an active member of his local community and both state and national trade associations, for Stevenson, life in the LBM industry began like so many others: in the family lumber yard. His father bought a small yard in Bayfield, Wisconsin when he was just twelve years old. Only a couple of years later, Stevenson started working there, loading and unloading trucks by hand. “No forklift,” he notes. “All my life it has been lumber, lumber, lumber.”

From there, Stevenson’s career follows a familiar trajectory, which he summarizes simply as, “Worked there, managed it, bought it, then sold it.” At that point, Stevenson hit the road. First, he went south to Green Bay, where he worked for family-run regional powerhouse Stock Lumber (now Wisconsin Building Supply), eventually taking his career 1,500 miles south to Georgia, where he was Director of Strategic Accounts while simultaneously overseeing a truss plant and turnkey framing division for Stock Building Supply (now BMC).

In 2014, Mid-Cape Home Centers beckoned to Stevenson, much as it did to Captain Nickerson all those years before. He recalls, “I was eager to work at a company where there was more opportunity to have an impact on both the business and the community.”

Stevenson went from general manager to president, where he now oversees Mid-Cape’s growing portfolio covering the Cape, Islands, and South Shore. He attributes much of that growth to Jeff Plank, who purchased the company in 2012, the first time in 117 years someone other than a Nickerson ran it, along with the core group of dedicated people that were in place. “He re-energized Mid-Cape as a customer-focused organization,” Stevenson says. “The business has grown from one small lumber yard in Chatham with only three team members to six locations and dozens of delivery trucks.” 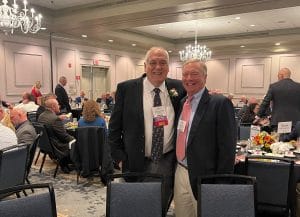 The success is not just measured in size, however. The Mid-Cape team received five Gold PRISM Awards from the Builders and Remodelers Association of Greater Boston in 2019, three Silvers in 2020, and four more PRISM Awards in 2021— “including Community Spirit each time,” adds Stevenson, with pride. “We remain deeply embedded in the local community and make it a point to both support and lead fundraising initiatives for countless local causes.”

Stevenson has been involved in industry organizations for most of his career. He’s spent the last several years on the board of directors for the Home Builders and Remodelers Association of Cape Cod and was elected as a Retail Director of the Massachusetts Retail Lumber Dealers Association (MRLDA) in the fall of 2020.

When asked what appeals to him about the industry and keeps him engaged in his work, Stevenson’s answer is a simple—and familiar—one. “I love the people,” he says. “The LBM industry is filled with people who value relationships, and that fits me to a T. I have met so many smart, hardworking, driven people. Large transactions are done on a handshake every day. Plus, we are contributing to the American Dream of home ownership.” 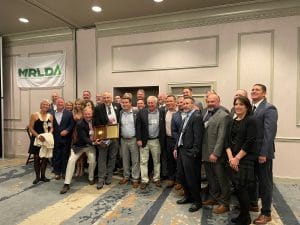 (Pictured: Jack Stevenson and members of the Mid-Cape Team)

His advice for others, especially the younger generation of the industry, is equally simple yet sturdy. “Two key things: Find a mentor and outwork everyone around you,” he says. He also adds, “My favorite saying is, ‘Do the right thing.’ It has been a guiding principle for me and a core value that Mid-Cape has firmly embraced and helped propel our growth.”

Stevenson is proud to accept this honor in such a crucial time for the industry. A time of change, challenge, and perseverance. The team at Mid-Cape Home Centers feel as though there is no better person for the job than President Jack Stevenson. As Jeff Plank, former owner of Mid-Cape, said in his speech honoring Jack on the day he accepted his award: “It is due to Jack Stevenson, the lumber BFG (Big Friendly Giant), Massachusetts Lumber Person of the year, that Mid-Cape was not a personal nightmare for me, rather it became a fairy tale of success.”