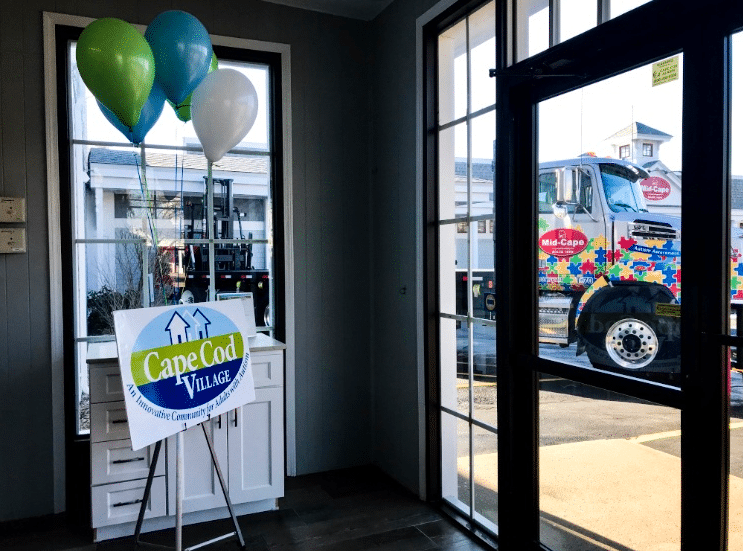 The humble, historical town of Orleans has been awaiting the beginnings of this incredibly significant project for many years. This project is known as Cape Cod Village, a large complex of living facilities for autistic adults on Cape Cod. Its inception developed from one simple idea, thought up by a group of parents who were passionate about the growth and future of their autistic children. The founders of Cape Cod Village, Bob and Lauren Jones, were inspired to begin working toward this goal because of their son, Alexander, who is autistic.

Mid-Cape is so honored to have hosted this event and is grateful to be one of the suppliers of this meaningful project. Mid-Cape is excited to be a project partner along with Delphi Construction, Coastal Engineering, Inc., Brown Lindquist Fenuccio & Raber, Inc., and so many more. Cape Cod Village is truly making history, not only by opening a brand new door for the future but by bringing so many local partners together to create an even better place for autistic adults to thrive on Cape Cod.

As the foundation is laid and the walls of this facility are raised, invaluable experiences are also just beginning to be built and structured. Mid-Cape is thrilled to welcome its new neighbors Cape Cod Village, and to be a part of such a historical local landmark that will be shaping lives for years to come.

See below for a video re-cap and gallery of photos from the event.