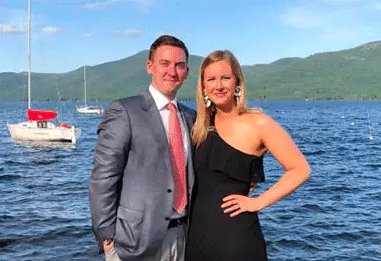 What is your role at Mid-Cape? I am Mid-Cape’s business and strategy analyst.

What led you to a career with Mid-Cape? Through most of my teenage years, I wanted to pursue a career as an architect due to fascination with design and a proficiency in math. Once at college, I quickly discovered I did not wish to study architecture in order become an architect. I also discovered a love for the woodshop while taking a studio arts class. Eventually, this interest took me to a furniture making, conservation, and restoration school in Scotland. Upon my return to the US, I needed a job. I went to work for a custom home builder as a finished carpenter for about 4 years. I enjoyed it, but I did not feel fulfilled at the end of the day. I needed a change, and ideally a change that could build upon my knowledge base. There was a position advertised at Mid-Cape, and after two interviews I came aboard as a management trainee.

Describe Mid-Cape in three words: Mid-Cape is a mainstay for generations of families who put down permanent or seasonal roots on Cape Cod and Southeastern Massachusetts. It is the past, present, and future for quality lumber and building materials in the region—for those families and their contractors alike.

So far, what has been your favorite memory at Mid-Cape? I have two favorites which cannot be compared with each other. The most recent memory was at Wood Lumber the Sunday before we took ownership. We had prepared for months, and it was the final 24 hours until ‘showtime’. There was so much to do and no matter the level of preparedness, there were inevitable unknowns. It was an exciting time with a great group of folks. The second and greatest memory was two years ago. At the time, I was working as inside millwork sales support for both the unmatched Kenny Reis and the unforgettable Bob Oberman. Amid the onslaught of phone calls from Bob, my cell phone rang, and it was my wife, Kristi. In a reticent voice, she said something to the effect of, “can you step away from your desk to talk.” My heart sunk. Did someone die? Did she get in an accident? I stepped outside, my heart now racing, and asked her if everything was okay. “I just left the ER, I was feeling dizzy and nauseous, but they ran some blood tests and they say I’m fine….” Frankly, I thought, that has got to be the most expensive way to be told to take a couple Advil; why would you call me at work just to tell me that? Her tone changed. “Don’t you want to know about the blood work?!” she said. “Of course!” I said. When asked like that, what other answer is there? “I’m pregnant!!!! We’re pregnant!!!! We are having a baby.” My heart leapt—this wasn’t out of the blue or unplanned, but the journey to starting a family had had its trials and there was not any guarantee this day would come.

What’s the greatest bit of advice a Mid-Cape team member has ever given you? Don’t park in the corner nearest Rt. 134 and Breakaway if it is going to rain or you will need waders to reach your car by day’s end.

What is one important skill every person should have? Honesty. It is not a skill; there are not various ‘skill levels’ or competencies. It’s one of few areas that do not have shades of gray but only black or white—fact or fiction. As I stated earlier, we are team. We depend on one another to make our company as cohesive as possible.

What is one of the things on your bucket list? Bucket lists aren’t my thing. I have been very fortunate in my first 28 years to do and see much. I’d love to provide some of those opportunities for my children. I didn’t get another call like the story above, but I’m delighted to say that we are expecting our second daughter just before Christmas. I am so outnumbered.