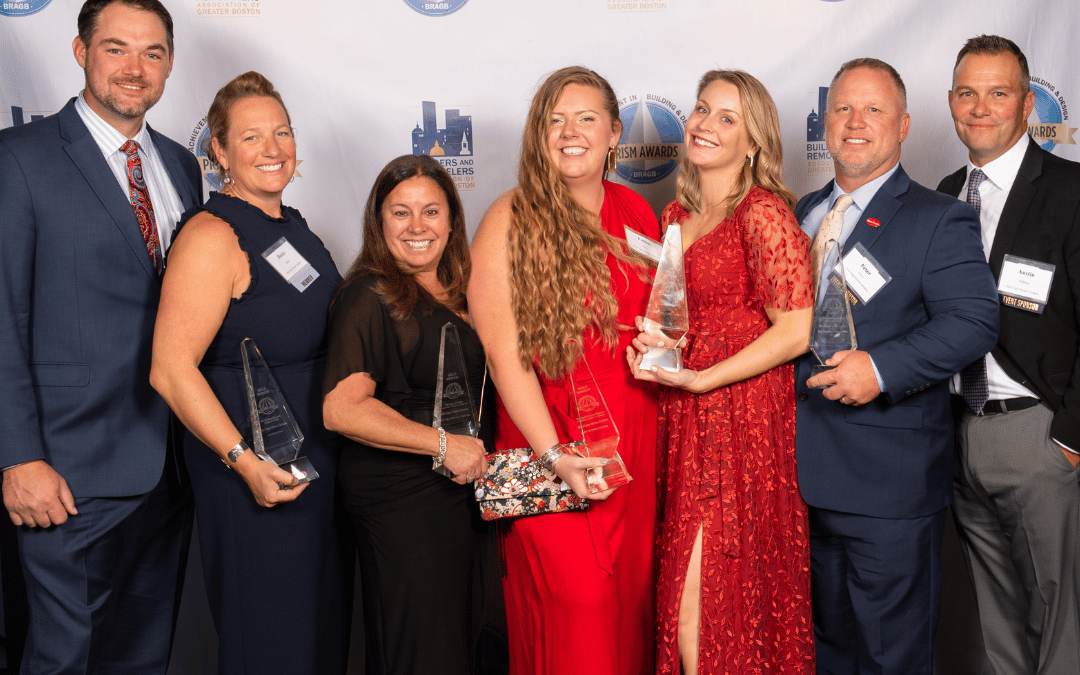 The Builders and Remodelers Association of Greater Boston hosted the Annual PRISM Awards last Thursday at the Museum of Science in Boston. PRISM Awards given to those in the industry who have displayed excellence and superior achievement both individually and as a company.

The Mid-Cape team accepted five gold awards recognizing everything from their kitchen designs to marketing and community outreach. Mid-Cape Home Centers, a Division of US LBM, claimed the gold title for Best Event, Best Kitchen, Best Logo, Best Marketing Campaign and, for the fourth year in a row, Community Spirit.

Mid-Cape prides themselves in going above and beyond in everything they do, which is reflected in each of these categories, the company said in a press release. From the event that took the gold including special touches to encourage individuals to visit vendors at JLC Live, to the infamous Flag of Hope Logo that is seemingly taking the industry by storm, Mid-Cape is honored to be recognized for their efforts.

Perhaps the most special award for Mid-Cape’s brimming shelves is the Community Spirit award. Each year the Mid-Cape Team votes to choose a new cause to devote their fundraising efforts toward while maintaining their annual philanthropic relationships. This year, Mid-Cape collectively voted to support mental health and combined it with a longstanding important cause for them, First Responders. The fundraising efforts were vast, but the most significant of them was Mid-Cape’s Annual First Responder Appreciation Day, a day of family fun, equipped with touch-a-trucks, slime making, face painting, a dunk tank, food and so much more. Mid-Cape is honored to accept this award for the fourth year in a row and do so with such an important cause at the forefront of it all, the company said.